Its Surely Summer For There Is A Swallow. Come One Swallow, His Mate Will Follow.

My first encounter with these perpetually flying avian was at my friend’s beautiful bungalow in the hills. I watched them flitting about with excitement. I tried my best to photograph them but their swift movements made it impossible for me. Nevertheless, I grabbed my mobile and managed some not so good but memorable captures.

There are around 84 species of swallow and I guess this one is the Red Rumped swallow. Swallows are known to spend more time on the wing than any other songbirds in the world. Swallows always drink on the wing, flying low to sip the water.

The males are known select a place for nest, and he then sets out to attract a female using song and flight. It takes a pair of swallows up to 1,200 journeys to build a nest. They will readily adopt artificial nests that resemble their own mud-built ones. 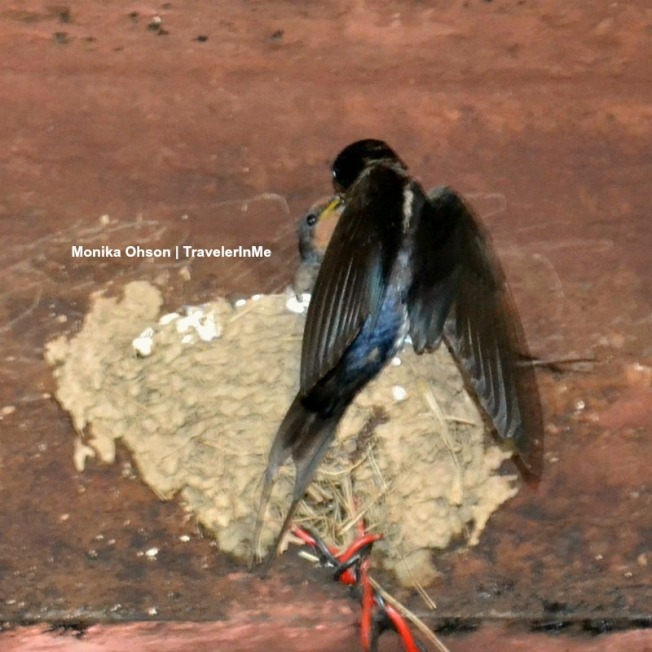 Much folklore surrounds the swallow. To see the first swallow of the year is regarded as a good omen. The sight of this bird indicates that summer is on the way but watch to see if the bird flies low as this will signal that rain is on the way. If this bird builds a nest on the roof of your home, it is thought to be lucky and a sign of protection against fire, lightning and storms.

Referred as ‘bird of freedom’ as it cannot live in captivity and mates only in the wild.

Swallows are able to produce many different calls or songs. They have different ways of tweeting to show excitement, love, danger; in short to communicate.